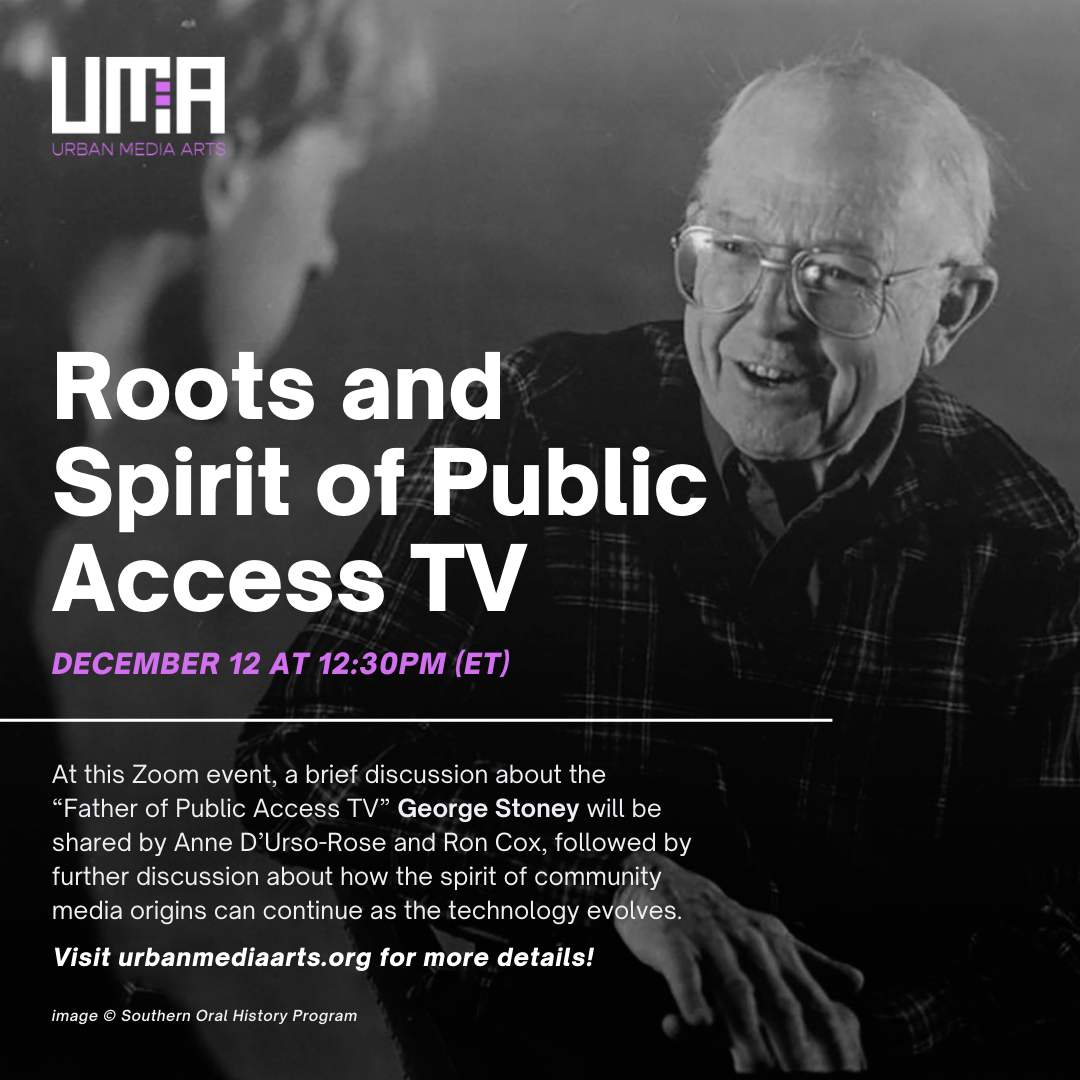 About George Stoney, known as “the father of public access tv”

“Happy Collaborator” is a poignant documentary by Mike Hazard that portrays the late George Stoney as a filmmaker, teacher of film, and media activist. He is widely known as “the father of public access TV.”
“Happy Collaborator” includes clips from 17 films, interviews with collaborators who worked with George in front of and behind the camera, and intimate recordings with him.
Cable access centers are encouraged to download and show this documentary about George Stoney on their channels on July 1 — the 100th anniversary of his birth in 1916. https://georgestoney.com/resources/